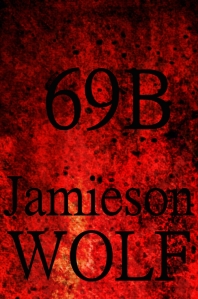 As Shane moved in to kiss Justin, he couldn’t believe his good fortune. Shane wondered if it was a good idea to tell Justin that he used to jerk off to his author photo. Probably not.

Just as they were about to kiss, someone screamed in the hallway. “What the fuck was that?” Shane asked.

They went to the door and Justin opened it to a hallway filled with black fire. It didn’t burn the walls, but it was making its way steadily towards them. The door to the apartment slammed of its own accord. A dark voice whispered in a tone that implied oil dripping into his ears: “I grow impatient. All of you players are in position. Let the games begin.”

“What the fuck is going on?” Justin asked him.

“I have no idea. But remember me telling you about all that weird stuff in the hallways?”

“Yeah and neither can black fire that doesn’t burn.”

The scream came again, louder and more panicked then it had before. Shane looked at Justin. “We have to do something.”

Justin took his hand and squeezed it tightly. “I’m with you.”

They kissed only briefly but that press of Justin’s lips against his made Shane’s world spin. They would have continued kissing, but the woman screamed again. They pulled open the apartment door and knew that Petunia was in trouble. For all her mumbo jumbo bullshit about the God and Goddess, Shane though she was a very nice person. And it didn’t sound as if she was having fun.

“I have no idea. Let’s find out.” Shane said and they stepped out into the hallway. They got as far as the door when it opened revealing a woman in a plaid shirt and a blond haired man struggling with another woman. Shane recognized her as Samantha but she didn’t look very well. They were pushing her out of the apartment.

When Samantha heard Shane and Justin’s footsteps, she turned to face them. Her eyes were white orbs and her teeth black tombstones that filled her mouth. “Fresh meat.”

Instead of smoking and burning away, when she hit the floor there was a loud pop like a gun going off and then Samantha was merely a pile of ashes. They all looked at her before Petunia grabbed Shane by the shirt collar.

“You have to get in here! Get in here where it’s safe!”

“You know, I don’t think anywhere in the apartment building is safe.” The blond haired man said. “Just saying.”

“Yeah, well no one asked you!” Petunia screeched. She slammed the door when everyone was in. Shane was shaken and held on to Justin’s hand tighter.

“Calm down Tunie, we’re all right.” The woman in plaid said. She looked at Shane and Justin. “Nice to see you both again. I’m Jo.”

“Pleased to meet you.” Shane turned to the other man. “And you are?”

“I’m Corey, a visiting doctor. I was here to see Moira and got involved in this. Do either of you know what’s going on? What’s this game he spoke of?”

“No idea.” Shane said “What was up with Samantha? She didn’t look well.”

“Well as she was already dead, that might have put a damper on things.” Petunia said.

“What the fuck is going on?” Justin asked.

“How can you not know?” Petunia asked. “There’s people coming back from the dead, demon birds and dogs all over the fucking place and I’m sure there are people dying, more than Samantha! She was a bitch, so she got what she deserved, but still, you mean to tell me that the two of you have NO idea what is going on?”

“No,” Shane tried his best to look sheepish. “Sorry.”

“I still have no idea what is going on.” He said.

“Well, you’re not from this building. Anyone that is should fucking damn well know!”

“It is the end of days.” Jo said. She held up her right hand that pulsed with a black light the same colour as the black fire that burned on the walls. “At least he thinks it is. We don’t have much time, he’s brought his children back. We have to find the others.”

“What the fuck are you talking about Jo? What’s going on?” Shane asked. “When did we end up in a horror film? Ravens and fire and zombies oh my.”

“Are you two that clueless?”  Petunia screamed at them. “Do you have no idea what is happening? The building is under attack from the living dead!”

“You’re only half right Tunie. We’re under attack and the dead are coming for us.” Jo said.

“How do you know this?” Shane asked her.

She held up her black light hand. “This. I can hear him in my head. We have to find the others, especially LaWanda, before it’s too late.”

“Um, not to burst your bubble. But I think it was officially too late a few hours ago.”

“It plays with us. People can enter, but they can’t leave. The building is designed that way. We’re all separated and held prisoner. There is strength in numbers. And we will need to be stronger when they come.”

“Why is this a game? Isn’t that what the voice said?” Shane asked.

“The game is death as a sport. We are the chess pieces. We must move before he moves us.”