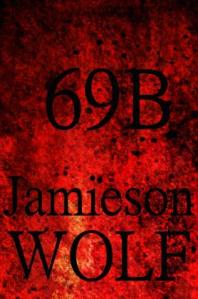 The dead are almost here? Jo thought. Surely you can think of something a bit more definitive than that.

The woman inside her head sighed. What else do you want me to say but the truth?

Jo sighed as well. It was very odd having a woman talk inside her head. Well, you have to tell them something more concrete than that if you’re going to use my voice.

Lenore bristled inside of her. Shouldn’t you be in your meadow? I’m trying to save everyone here.

We’re almost at the end, Jo thought. I need to be here right now.

“Lenore? What did you mean by the dead are almost here?” This was the one called Shane. Jo hadn’t known him very long but she was very fond of him, Lenore saw only light around him inside of Jo’s mind.

“Just that, Shane. Oliver and Edgar know that my mother and I are trying to help you and thwart him. We’re running out of time. I must get you to mother quickly.”

“All of you. You must get to the forest, the trees are your only protection.”

“How can we get to them?” This was the one called Justin. I’ve read all of his books, Jo thought for her. He’s very talented.

“I built the forest to shield my mother. Whereas Edgar and I were buried, her spirit remained. You know her as the white lady.”

“But how can we get to her?” This one’s name was Petunia or RiverMoonFalls. Jo called her Tunie. “I mean, he won’t let us leave the building. Goddess, I can’t believe that I’m having a conversation with another woman inside of you Jo.”

How do you think I feel? Jo thought.

“I will meet you on the other side of the trees. I’m waiting for you there now. As for how you’ll get there…”

Lenore made Jo wave her hand. There was a creaking outside the apartment building, the sound of old wood cracking and breaking. The one called Diane let out a gasp and this was followed by Moira saying “Well, god damnit. Look!”

The trees had stretched to the window and broken open the glass. The branches slipped into Diane’s apartment and unfurled as if they were flowers. They grew across the floor and stopped only a few feet from Jo. She looked down at them with her eyes and smiled. “A way out.” She said.

It was that hissing black voice again and it filled Jo, the part that was left of her, with fear beyond all reasoning. What are we going to do?

It’s me he wants. Lenore said.

There was a ripping sound inside of Jo and she experienced a moment of light headiness.  Her world went black but she had a fleeing vision of the meadow, her meadow with the screen in the sky. Then she opened her eyes and saw a beautiful blond haired woman standing over her. “Here. Let me.”

Jo took her hand, trying not to be afraid. She held out her right hand, the one that had been blackened. When Lenore took it, the black tar like substance slipped off her skin like water, as if it had never been.

It seeped into Lenore’s skin and glowed for a moment before disappearing.

“Does that hurt you?” Jo asked.

“No, for I am not really alive. He knows, you must go. I will hold him off for as long as I can, you must all get out and to the other side of the forest. Hurry!”

Jo drew her into a fierce hug and broke away, moving towards the window, when the very earth below them began to shake and rumble. Jo got Petunia out and onto the tree branch and turned to look at Lenore one more time.

“Go. The darkness is gone from you, but leaves you with a gift. Use it wisely.”

Then the glass in all of the windows seemed to explode at once. Jo heard all the windows in the entire building breaking and the glass came down like rain. Petunia was still clinging to the tree branch and made her way up, but it was too late for her.

The door blew open off its hinges and the shadow was there. “Daddy’s home. And you’ve been a very bad girl.”